Rejoice! For you now get to know my friend, the lovely Kiran Manral, who is a fellow author and all-round wonderful person. Also, go ahead and get yourself her new book 'Once Upon a Crush'! 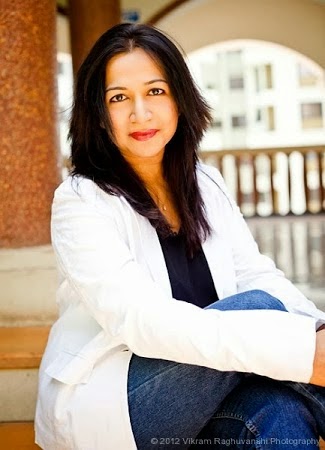 Y: Kiran, Tell me the various things you do!

K: I sleep a lot, read a lot and write a lot. Though, if you ask my son, it would be I eat a lot and shout a lot. I write blogs, I write books, I do freelance feature writing. I also spend an inordinately large amount of time on twitter, which I would earlier be consumed by guilt and think TimeWaste TimeWaste in flashing neon lights in my head, but now realise has been a terribly fun way to meet the most interesting people without taking butt out of seat.
Seriously though, I am part of two social media awareness initiatives called Child Sexual Abuse Awareness and Violence Against Women Awareness which run in April and October every year, and I am rather chuffed about these.

Y: Tell us how you manage it all... (because people always want to know!)

K: I do no housework or cooking. So having got that out of the way, there's plenty of time to do all that one wants to. Luckily I live with my mother in law who looks after all matters domestic and the brat on days I need to work late, so that's been an immense support. And then there is the little matter of obsessive list making. Every night I make lists of what is to be done the next day and ensure I work through that list in the course of the day.


Y:  What about your books? Tell us a bit about the process of writing them, too.

K: The two books which are out are quick, fun reads. Humour. I have written one rather grim one, and am in the process of writing a grimmer one. Also, I write the way I read, with multiple books by my bedside and multiple half finished manuscripts in my computer. The latest one was actually written almost at the same time The Reluctant Detective was written, and has been through various drafts and versions and tangents until it is finally here in ink and paper. I write in two distinct ways I find. The fun novels, I plot out chapter wise and then fill up the chapters as I go along. The longer, grimmer ones write themselves. I have no clue what will happen, where the characters will go, how the story will evolve. Those are very challenging to write and more gut wrenching. Once Upon A Crush began with my conversations with friends who were hitting 30 or had just hit thirty and were still to get married. I found, that no matter how professionally accomplished they were, the pressure from family (and some internal pressure) to get married was immense. And finding true love and suitable partners was getting increasingly difficult. That was the crux of what initiated my writing this book. And of course, I was consciously trying to write a protagonist who was completely definitely not me, and Rayna De isn't me at all. Of course, we do have in common that we are both pretty laid back about our careers and have been stuck in dead end jobs, which for me was the dead end job which inspired Rayna's job in the book.

Y: Thanks Kiran - and all the best for this book and future ones. May you keep rocking and rolling :)

Kiran Manral has worked as a journalist before she quit to be full time mommy. Her blogs, www.thirtysixandcounting.wordpress.comand www.karmickids.blogspot.com, are both in Labnol's list of India's top blogs. She was a blogger at Tehelka Blogs on gender issues. She is also considered a 'social media star' on twitter by the TOI and IBN Live named her as among the 30 interesting Indian women to follow on twitter and among the top 10 Indian moms to follow on twitter for 2013.
Post 26/11, she founded India Helps, a volunteer network to help disaster victims post 26/11 and has worked on longterm rehabilitation of 26/11 Mumbai terror attack victims and 13/7 Mumbai bomb blast victims, amongst others.
She is part of core founding team behind CSAAM (www.csaawarenessmonth.com) and Violence Against Women Awareness Month (www.vawawareness.wordpress.com), two very well received social media awareness initiatives across twitter and the blogosphere.
Her debut novel, The Reluctant Detective, was published by Westland in 2012.

A Brief Synopsis of 'Once Upon a Crush': 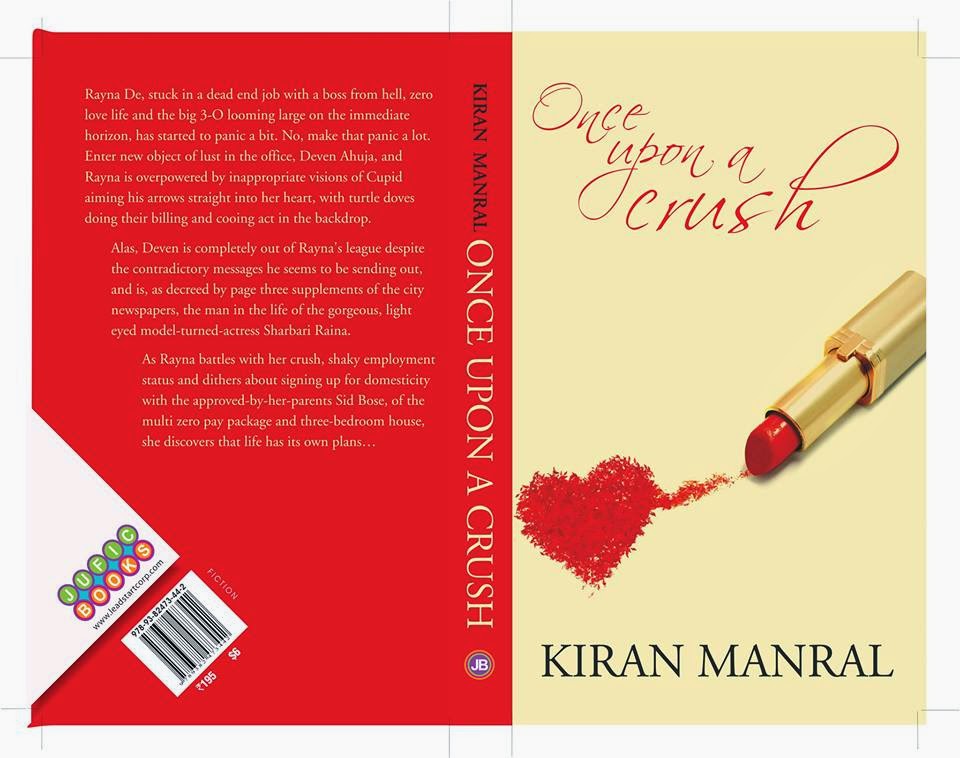 Rayna De, stuck in a dead end job with a boss from hell, zero love life and the big 3-O looming large on the immediate horizon, has started to panic a bit. No, make that panic a lot. Enter new object of lust in the office, Deven Ahuja, and Rayna is overpowered by inappropriate visions of Cupid aiming his arrows straight into her heart, with turtle doves doing their billing and cooing act in the backdrop.
Alas, Deven is completely out of Rayna’s league despite the contradictory messages he seems to be sending out, and is, as decreed by page three supplements of the city newspapers, the man in the life of the gorgeous, light eyed model turned actress Sharbari Raina.
As Rayna battles with her unseemly, going nowhere crush, shaky employment status and dithers about signing up for domesticity with the vetted by her parents, Sid Bose, of the multi zero pay package, the two and a half bedroom house in a suburban gated complex and the very cultured, respectable family, she discovers that life has its own plans….

Once Upon A Crush can be pre-ordered here:

Posted by Yashodhara at 7:37 AM