And today, I've decided to publish a few chapters from my books on the blog over the next few weeks, with the permission of my kind publisher, HarperCollins India.
If you enjoy this, You can buy Just Married, Please Excuse on Flipkart here. And If you're into e-reading, here's the Kindle version. Enjoy!

1
Pop Goes the Question
‘Achha, I’ve been meaning to ask you,’ Vijay said casually over the phone. ‘When do you think we should get married?’
The question caught me off guard since the only build up to it had been our wishing each other a rather soppy, lovey-dovey good morning. I paused for a moment to give it a considered response.
‘Eh?’
I was never at my eloquent best when taken by surprise. I looked at my phone with raised eyebrows as though Vijay could see my questioning expression. Considering that we had been seeing each other for only three months and that I was in my early twenties and just out of management college, I was completely unprepared for even the mention of marriage. But here it was – an unmistakable, undeniable, definite mention.
‘Married?’ I choked out the words with some difficulty. ‘Ha ha! You’re joking, right? I’m only twenty-three – a mere child. You want to be held directly responsible for child marriage? No, na?’
I heard a by-now familiar stifled sigh at the other end of the line. ‘Honey, mujhe pata hain you’re twenty-three. But I’m thirty and I can only hold my parents off for so long. You know they’re starting to look for arranged marriage matches for me. Again.’

Liked it? I hope so :)...Stay tuned for more. But if this has whetted your appetite enough, why wait? Get the book now - on Flipkart here, or on Amazon for the Kindle version.
Or, yes, just your regular neighbourhood bookstore! And here's something else. If you don't find it there and can let me know at yashodhara dot lal at gmail dot com, I will send you a copy myself, after verifying through the publisher sales team. For 3 people who write to me after verification- to be announced May 20th. Cool?
Also read: Chapter 2 and Chapter 3 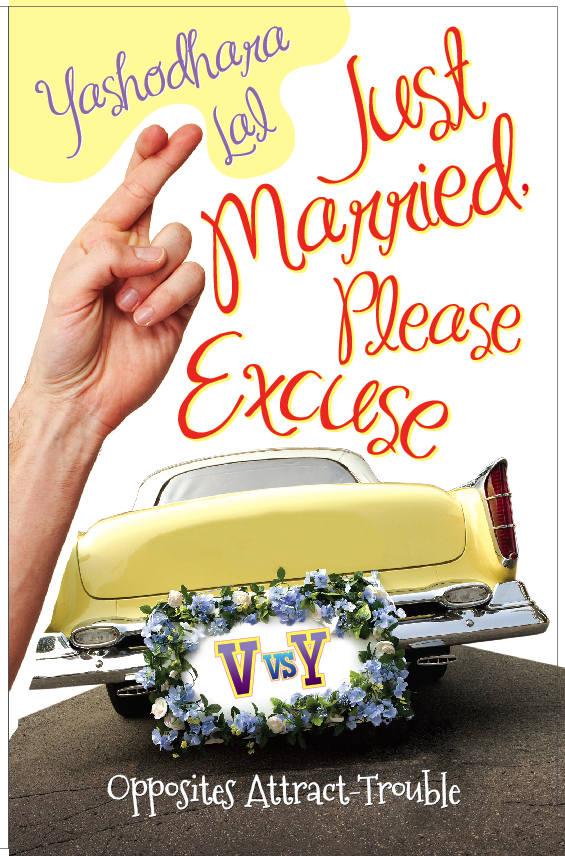 Posted by Yashodhara at 9:43 AM