I think I must be luckier than most people - I've had all four of my grandparents around for a long, long time.

I was very close to two of the four in particular. My paternal grandpa and maternal grandma.

The former passed away about two years ago.

The latter barely a week ago - only nine days after the sudden demise of my mother's father. Yes, it's been a tough start to the year for the family -especially my mother, with whom they both lived for the last few years.

For me personally - well, by and large, I've had pretty good relationships with all the grandparents - but with the above two (photos below) it was really special. And one of the most important reasons for my sabbatical was to be able to spend time with my grandma. And I'm so, so, so glad I did it.

Yes, grandparents are altogether awesome beings. I have huge gratitude and fond memories of all of them - Badi, Papa, Dadu and Didu. 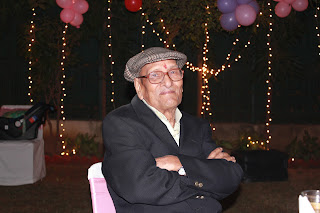 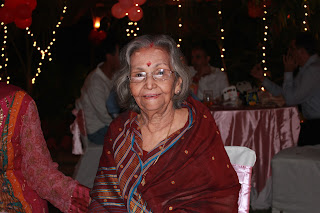 P.S - Each of them had quite the sense of humour, amongst their many,many other qualities. That's what I enjoyed most.
Posted by Yashodhara at 8:52 AM