Mister Wonderboxx, This is Peanut

So this month another Wonderboxx came. This time I got a box called 'Countries and Flags'. It was typa cool.First I made the Flags. We could make them out of the fabric they had given in the Box. I made the Indian, Switzerland, France and then the Brazil Flag. I tied them to the string they had given and Mom hung it up in our Room.Next I read the Book they had given. They always give Books in the Box according to the given Topic. This Book had all the Languages they used. It also had the things they used in the olden days and the food that the different Countries ate. The Book was pretty Interesting though I didn't read the whole thing.After that I played the World Card Game. It had the Switzerland, France, India, Brazil, Mexico, Congo and Brazil Countries etc  Information. I didn't exactly know how to play but I read the cards anyways.Then I did the Human Figures Project. In that I had to dress the Human Figures in according to the  Countries they came from. I was supposed to choose that.(!) So I dressed one of them from Congo and the other from Mexico. Really, They gave me only 2! The Human Figures didn't look good either because of the way they decorated the faces. Honestly, they looked awful to me.Finally, I can stop writing for now. Farewell!!!

Okay, so she was pretty articulate about her stuff from the Wonderboxx, (with their specially-themed and designed boxes of kid's learning tools) this month. I am constantly amazed by how quickly she runs through the box herself - she actually needs very little input from me and I'm very pleased about the fact that she can independently put stuff together. All attributable to the reading habit.

Below you can see some pictures from her Wonderboxx, which was on the theme of Countries and Flags (Check out here) 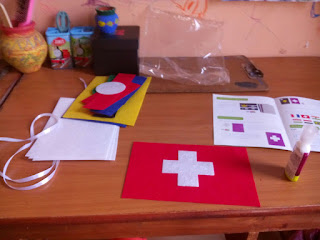 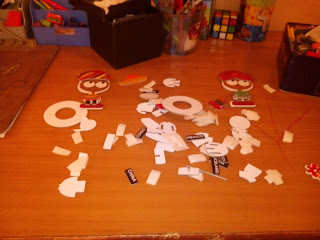 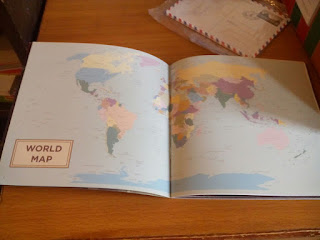 For the Twins, their Wonderboxx was on the theme of something close to my heart: dealing with emotions. It's titled 'Superheroes and Feelings' and you can check it out here.

We're still going through the box, but I was very keen to have something that reinforces how we deal with emotions. I saw from the booklet that they've created characters that represent various emotions, such as Angry Annie, Happy Henry and so on. This reminded me quite a bit of Inside Out, a movie that we really enjoyed watching together and which I thought helped a great deal in being able to name specific feelings as a first step towards dealing with them.

Their box looks pretty solid, and we've run through a couple of the activities. Unfortunately, as always the 'Kiddo' boxes, ranging for 3-5 years require more hands-on intervention from the parent, and given my schedule, I haven't been able to go through more of the activities designed. I continue to feel that it would be nicer to have more clearer instruction in the younger kid's boxes and also to design it in such a way that there's more self-regulated learning here instead. After all, my twins may not be exactly little Einstein's but they're fairly sharp and already above 5 years - they still struggle.

The Wonderboxx has been put away for a while now given that the twins had a huge fight about who would get to wear the cool superhero costume that they put together ( Pics of the box, the costume, and the kids working on it together below) 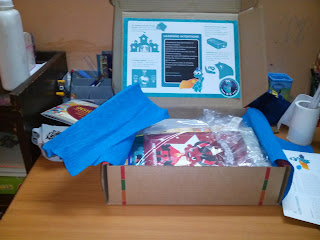 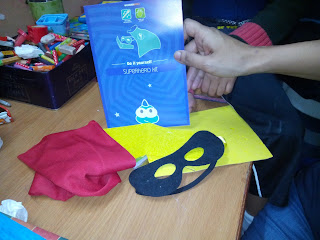 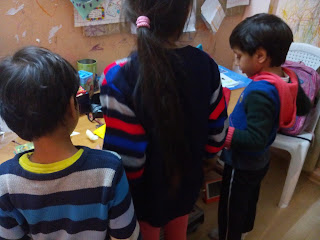 Overall, I continue to recommend Wonderboxx as a monthly pleasant surprise for your kids - better than the other crap toys that we end up buying. Yes, it was Christmas and yet another set of Remote Control Cars that cost over a thousand bucks and lasted less than three days *Sigh*
Posted by Yashodhara at 8:10 AM