So here's the first extract being released for my new book Sorting Out Sid. If you like it, now's a good time to place your pre-order for the book on Flipkart here at this link, because 200 people are also going to get a Happily Unmarried Beanbag Mobile Phone holder with their copy of the book! 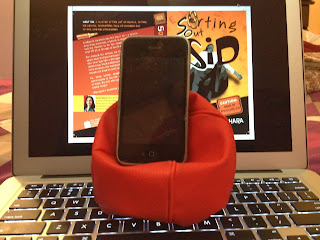 Liked what you read so far? Pre-order the book now! Please note that the cool beanbags are only valid on 200 pre-orders on Flipkart at this link.
Posted by Yashodhara at 8:16 AM